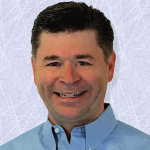 I graduated from Kettering University (back when it was called GMI Engineering and Management Institute) and Arizona State University. However, I also have some credits from Stanford, Carnegie Mellon, Purdue and UCSD. Most of my interests are related to software engineering for phones, tablets, cars and computers in general. I'm also quite interested in video compression and automotive engineering. Currently, I work for Xperi DTS but I also spent time at Qualcomm, General Motors, Hughes Electronics and DivX.

You can find me on Twitter, LinkedIn and Quora.

Sadly, the school was heavily damaged during hurricane Katrina on August 29, 2005 and has never re-opened.

I am unrelated to William S. Frantz from Los Gatos, CA who works as a computer consultant. I am also unrelated to super lawyer William E. Frantz in Atlanta, GA.